Help Us, Help Them… 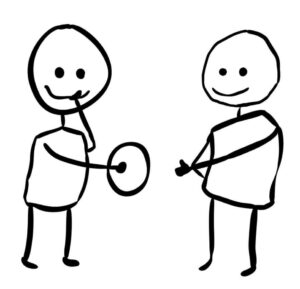 Share ONEMOVEMENT.com and The Paper Plate Project® With Your Favorite Celebrities

Just as fashion changes every second you turn around, the hearts of many celebs may also take a 180-degree flip. All-stars want to make sure that their fans know that they are not just money-making machines with materialistic values. (Spoiler Alert!) Even the Grinch became nice at one point in the movie!

For those less fortunate, the voice of celebrities has the most effect, their fame brings them fans which gives the celebrities power to help encourage everyone to passionately support each other’s ability to succeed.  Disney stars especially have a wide fan base, ranging from 8-year-olds to 18-year-olds.

This vast range of power lays out endless possibilities in front of them. Miley Cyrus has been Disney’s sweetheart since the age of 11 or so, ever since she landed her role as Hannah Montana.

She wasted no time in contributing all her youthful enthusiasm towards the well-being of others. She supports various foundations and takes part in benefit concerts alongside other stars such as Jordin Sparks and Gavin Degraw.

It is difficult to understand what a celebrity who lives 24/7 in luxury and comfort would know about getting down and dirty. However, these celebrities do the best they possibly can to try and understand the hardship of life that is commonly found throughout the world.

Some of them, perhaps like you, do not realize the power they have over encouraging people to help one another. So, why would a celeb want to help? Other than for all the obvious reasons, it also helps in raising their self-image and makes them feel like they really are contributing to the well-being of society and the people around them.

Christie Brinkley, for example, takes a different step towards passionately giving to charity. Instead of directly giving to the charity she endorses a new project in where she embraces the responsibility of teaching to the next generation why it is necessary to give back to society and to give to those who really need support but can’t afford it.

Eva Longoria is another actress and activist, who is passionate about giving back, for the second year in a row she holds the honorary chair for Rally for Kids with Cancer, which consists of a scavenger hunt fundraiser that helps raise money for different children’s cancer charities.

No celebrity wants to be seen as superficial, helping the less fortunate helps keep celebrities feet on the ground, it helps them remember that just because their life seems perfect does not mean everybody has all that they have been blessed with. Most celebs realize that they have been given power, their fame and their place on center stage is the strongest power they can ever possess.

Stars such as Jordin Sparks, use their name for good and despite her busy schedule, Jordin maintains a strong connection with her fans and uses social networks such as Twitter to inspire fan involvement within their own respective communities.

Passionately giving back is what all celebs are reaching out for.

We use cookies to ensure that we give you the best experience on our website. If you continue to use this site we will assume that you are happy with it.Ok